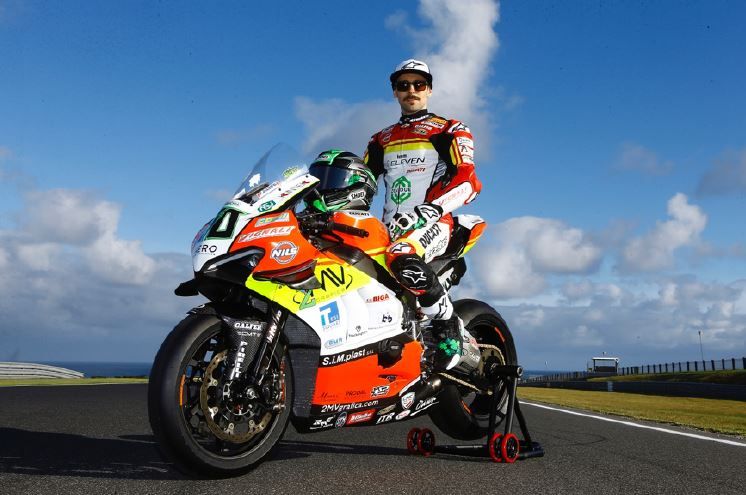 32 year old Eugene Laverty prepares for his fifth season in the WorldSBK championship, racing once again with Go Eleven. Beginning his tarmac racing career in 2001, the Irishman spent many seasons working his way through the ranks of domestic championships, breaking onto the world scene in 2007. Scoring points in the 250cc World Championship, he made the leap over to the WorldSBK paddock in 2008, before taking on a full time ride in 2009 in World Supersport.

Taking 12 victories over two seasons in the highly competitive class, Laverty finished runner-up in two seasons, before making the step up to WorldSBK. Spending four seasons in the World Superbike Championship, Laverty was involved in many tense battles and found himself a championship contender, finishing as runner up in 2013. Taking the leap back to the MotoGP™ paddock in 2015, he spent two seasons battling for points scoring finishes on an 'Open Class' machine. Coming back to WorldSBK in 2017 he faced a difficult season, and will be focusing on taking that all important podium finish with the new Ducati.

Products In This Category:

Our Pressroom on PRLog