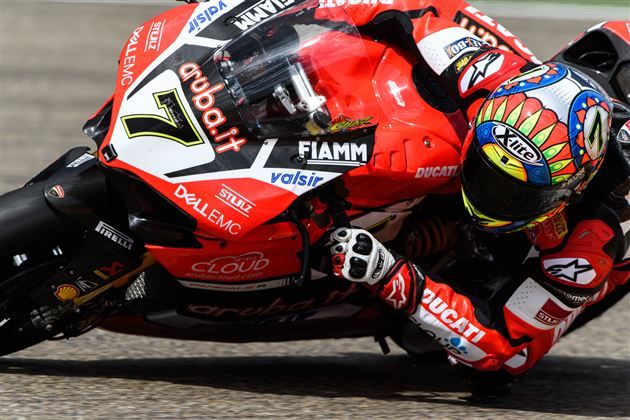 British rider Chaz Davies has an extensive racing background, beginning his career in 1999 where he debuted on a minimoto before working his way up through the ranks on the tarmac on both the British and World Stage. Competing in the 125cc World Championship, 250cc World Championship and prestigious MotoGP™, Davies made his move over to the World Superbike paddock in 2010. Crowned World Supersport Championship in 2011, he then made the step up into WorldSBK and has impressed ever since.

Battling in BMW colours in 2012, he was able to end his first season in the top five overall. The Welsh rider made his move to Ducati in 2014 and has been loyal to the Bologna factory ever since. Ending 2017 as a runner-up, he has been a front runner with the Panigale R after achieving some stunning results, but has been unable to get his hands on that all important World Title. With 27 wins and 67 podiums to his name, Davies is looking to add to his tally for 2018. Hoping to bring the fight to Rea, Davies will be putting his all in to catch the three time champion.

Products In This Category: